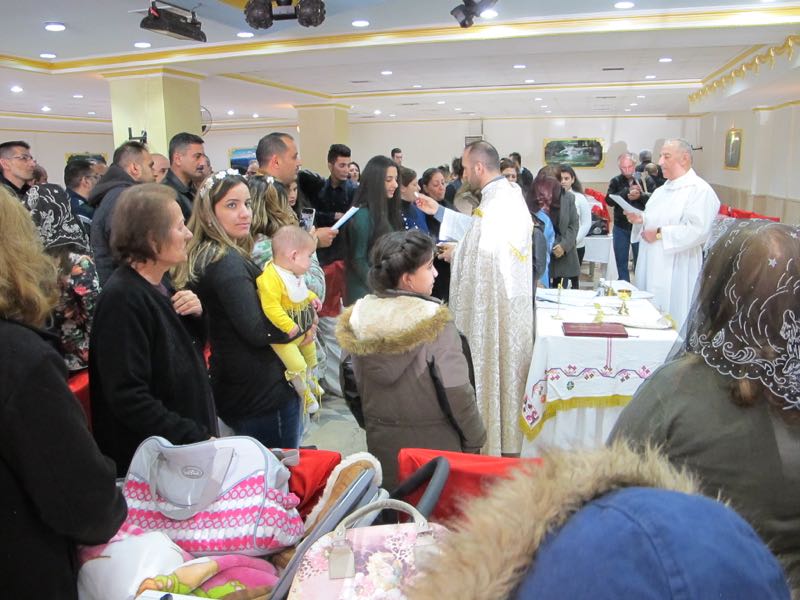 By Lela Gilbert for Philos Project

I was fortunate to meet Charmaine Hedding, a young South African Christian, during my first year in Jerusalem. Before long, we discovered that we were kindred spirits and became good friends. Our concerns regarding the attacks on Israel, as well as about Islamic persecution of Christians, have provided us with much common ground for more than a decade since.

Not long after I met her, Charmaine spent several years working to repatriate (mostly South) Sudanese to their African homeland. Some of them had initially entered Israel illegally and could not stay in the country.

Hedding and others – with Israel’s blessings – devised a plan through which these Africans would not only return to South Sudan, but would receive from Israel new skills and knowhow to help rebuild their devastated homeland.

Since those days, apart from our interest in Israel, both Charmaine and I have turned our attention toward the ever-increasing plight of Christian refugees in the Middle East. She has founded a humanitarian aid group called the Shai Fund and makes frequent trips to visit Christian refugees in order to discern their specific needs and provide them with basic necessities.

I, too, have visited the refugees. I went to Erbil, Kurdistan to interview some of those who had fled the onslaught of Islamic State terrorists in 2014. Tragically, some of them had run for their lives more than once, finding temporary shelter in the relatively safe Kurdish region of northern Iraq. But they had lost everything in the process.

As I wrote elsewhere,

Young Christian men who resisted Islamic State’s edict of “convert, pay jizya tax or leave” were shot. The elderly and newborns did not fare well on the long, hot trek, since most of those who fled weren’t even allowed to carry food or water with them. The survivors eventually limped into Erbil, the Kurdistan region’s capital city.

Even today, they have little more than the clothes in which they fled, with nothing remaining of a lifetime’s toil.

And not only have they lost many loved ones, but in a sense, they’ve lost some part of themselves. They are no longer teachers, shop owners, farmers, bankers or businessmen. They’ve forfeited all control over their lives, and have to rely on strangers whom they barely trust.

I have never encountered such utterly dispossessed people before – except for the Israelis I’ve interviewed over the years who were among some 850,000 Jews driven out of their ancient homelands in the mid-20th century. I recounted a number of their stories in my book “Saturday People, Sunday People.”

More recently, thousands of Iraqi and Syrian believers – most of them Assyrian Christians – have been expelled from their ancestral homes and subjected to unthinkable violence and abuse. In fact, my book’s title reflects a jihadi slogan: “On Saturday we kill the Jews; on Sunday we kill the Christians.”

Today there are fewer than 10 Jews left in Iraq. And now the Christian community is precipitously shrinking, as well. Along with a number of other groups, Shai Fund continues to assist the displaced Christians in Kurdistan, most of whom have nowhere to go.

But this Christmas, Hedding and her Shai Fund team visited a different locale. They found an opportunity to help provide for Christians who have made their way out of Iraq in the hope of finding a better future in neighboring Turkey.

I knew Charmaine had cut short her own family Christmas festivities to visit small enclaves of Christians scattered across Turkey. So I asked what she had learned during her recent trip.

What she and her team discovered reflects that some Muslim communities will open their lands and villages to fleeing Christians. The Turkish government and state, though Muslim, has most certainly given a place of refuge and protection to the Christians refugees. Though many of the Christians now settling in small villages in Turkey are greeted with some suspicion by the locals, government authorities are allowing them to enter Turkey and apply for refugee status.

During the Christmas season, Shai Fund visited 10 remote villages where Christian refugee communities have been forced to live. These towns do not have churches or local Christian populations, so Hedding and her team traveled with two priests from Istanbul, hoping to allow the refugees enjoy a more traditional celebration of the birth of Jesus.

“All of our Christmas services were held in wedding halls,” Charmaine told me.

She then explained that the UNHCR informs these Christians that they have permission to only live in far-flung Turkish villages where they are unable to work and provide income for themselves and their families. They have to wait for UNHCR interviews in these cities for years – some as long as until 2022. Only then will they be allowed to resettle.

Although their children are permitted to attend Turkish schools, many parents prefer that their children be taught in classrooms that make a point of keeping the children’s Christianity intact. Otherwise, they try to find a way for them to be tutored privately.

We started in a town near the Black Sea, where we helped 26 families from Iraq. We visited a home where three families are living together in one apartment.

Originally from Mosul and Qaraqosh, when ISIS invaded their village, these Christians fled to Erbil. However they found no place to live there – no food and no opportunities. They came to see that, as Iraqi Christians, they no longer have a future.

So they made the painful decision to leave Iraq forever. They escaped to Turkey in the hope of eventually reaching Europe or North America.

And now, without food or any income, these believers are desperate to leave Turkey. They are longing for a country that will provide them with the right to work, to send their children to safe schools, and to be free to practice their faith.

So besides assisting with their Christmas services, we also gave out food cards loaded with Turkish lira at each location so that they can buy food.

In the next two villages they visited, the Shai Fund team assisted another 251 families.

In this region, the Christians had to wait not only for permission from local authorities to celebrate Christmas, but also for a priest to travel some eight hours to visit the villages. “Outside the halls, there was security to protect the Christians from attacks by radical elements,” Charmaine explained to me.

“The families were warned not to linger outside the wedding halls after the service for fear they would be identified. A woman told me that she and others are afraid to wear a cross on a chain, for fear it will identify them and place them at risk.”

One of the halls refused to allow the celebrants to use microphones or loudspeakers, despite the fact that there were 800 people gathered in the hall. The local residents didn’t want anyone to know that Christians were holding a religious service for fear of reprisals or the vandalizing of their property, or both.

It is difficult to imagine living in such circumstances. Charmaine went on to explain,

The priest arrived with a suitcase holding the wafers and the wine for the Eucharist. The music was pre-recorded. And I had a sense of sorrow, because I know that some of the lost churches in the Nineveh Plain were not only beautiful buildings, but were known for their wonderful music.

Church choirs that once led congregations in singing and chanting their prayers are now scattered across the globe. One family tells me that some of their relatives are still in Turkey, one is in Germany, others are in Australia and two girls are still in Erbil, Kurdistan.

After the service, when they talk to me about their lives, sorrow is reflected in the eyes of the men, while the women weep quietly. During one conversation, an older woman quietly walked away, into the kitchen. I found her there, her face hidden between her shaking hands as she wept bitterly.

Yet, despite the pain and the fear, I couldn’t help but notice that their home has a small nativity set, openly celebrating the birth of their Savior.

Despite the danger, at each location the halls were packed to capacity as Christmas hymns and carols were sung in Aramaic and Arabic. And after the Christmas services, a number of babies were baptized, their names recorded in the church rolls.

“Providing help to these believers both physically and spiritually at Christmastime clearly strengthened their hope with faith,” Hedding concluded.

“And sadly, hope and faith are all they have left.”