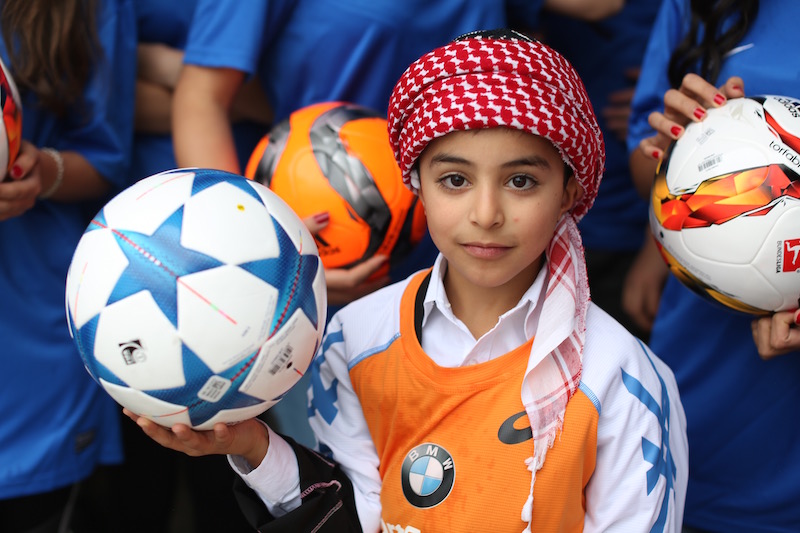 Escaping torture and persecution at the hands of the Islamic State (IS) militant group, some Yezidis have made it into Germany with great hopes. In Munich the Yezidi Community Center center assists and helps to integrate new arrivals that have fled the horrors of the Islamic State to integrate into the community and in turn into Bavaria. The community has over 100 families that use the community center and since the beginning of this year alone the Yezidi center has had 30 new families join the community as part of the wave of asylum seekers that have entered Bavaria in 2015 and 2016.

Shai Fund has assisted the community with their youth and kitted out a girls and boys soccer team.

Immigrant youth are potentially at risk from the combined crises of adolescence and immigration.  As immigrant youth are faced with a unique set of social challenges when integrating into a new country such as exclusion and discrimination, which can ostracize and exclude immigrants from mainstream institutions, making availale sports facilities aides a sense of belonging in a meaningful activity. Group sports activities build team work and are an outlet for immigrant youth who experience greater poverty as they settle in poorer areas, which leaves them vulnerable to problems associated with poverty.  By assisting Yezidi youth with access to sporting facilities this project will mitigate some of the separation and cultural dislocations that the immigration process frequently involves.