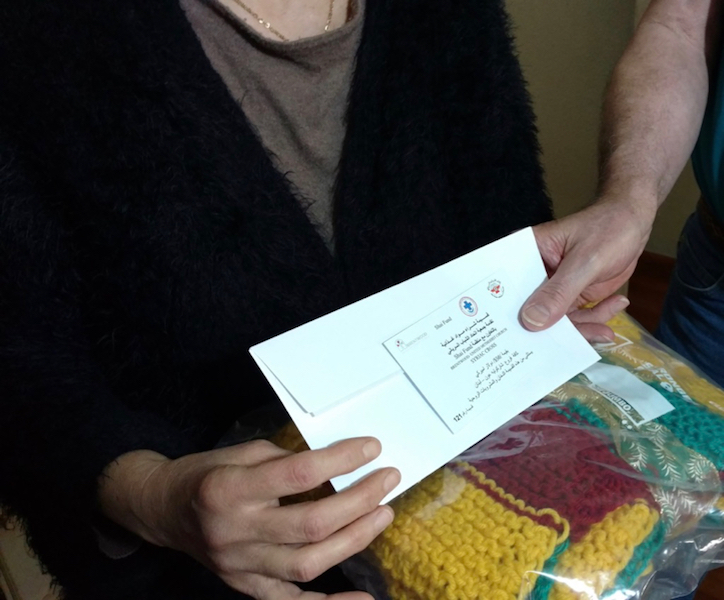 Bring Hope to Persecuted Christians in Lebanon like Hanan

Hanan* is a wife and a mother of three children. She is also an Iraqi Christian now living as a refugee in Lebanon. Everyday in Lebanon is a struggle to survive and to know when the next meal is coming. Hanan told us her story: in 2014 ISIS militants attacked their home and the home of other Christians in Mosul. They were expelled from their homes, and all the contents were looted and stolen. The 2014 ISIS attack is not the first time that Hanan's family has been pushed into a life as a refugee. Her family first fled the 1915 genocide in Turkey, to safety in Northern Iraq where they lived for 40 years before moving to Mosul. Now they are experiencing persecution again. By the fall of 2014 ISIS told the Christians to get out: “you will not have the time to wear your shoes,” was the message they received. They fled in fear to Lebanon. The family of 5 now live in a small, damp one room apartment that serves as both living room and bedroom.

Hanan and her husband love their homeland, but they see no hope of being able to return and live a peaceful life. Her faith is that God will provide for her family and especially her three daughters. Today she is thankful that Shai Fund came to visit and gave her food vouchers that help to alleviate some of the burden to feed her family.