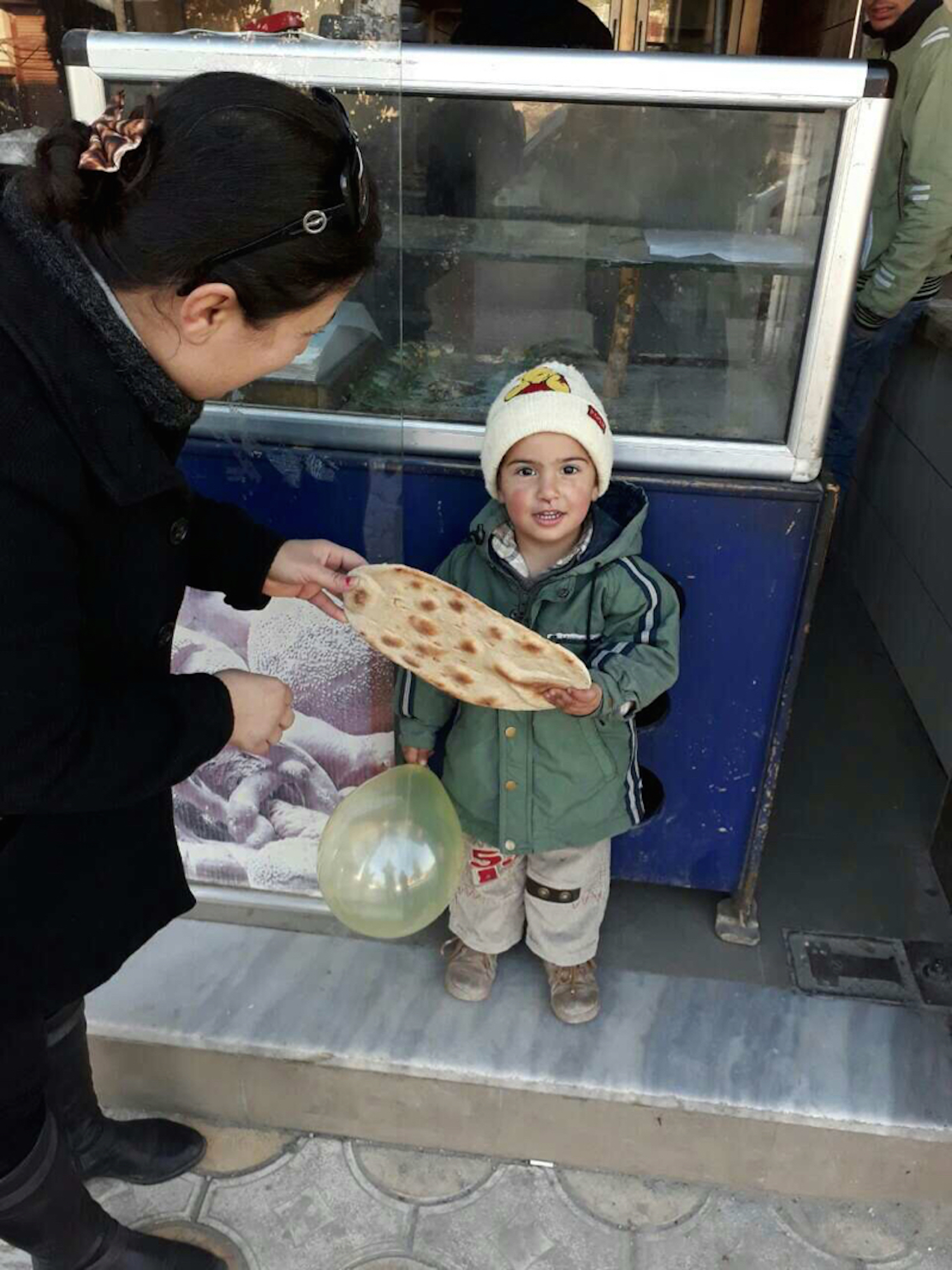 Life is hard in the Al-Hasaka governate of North-East Syria. As families fled the conflict and their homes, they were unable to take their belongings or tools of their livelihoods. Many left behind businesses and land as they fled with little more than what they could carry. The Al-Hasakah province, as with other cities impacted by the war in Syria, are receiving thousands of IDPs. The war and disruption to business has created a lack of  food security with daily resources, such as bread and milk, not only becoming increasingly scarce but a general rise in food prices.  In addition displaced persons from other regions of Syria and a large number of the local population from countryside, are now considered IDPs as they have moved to the safety of cities, towns and villages in the northern areas of the governorate (number of IDPs in the governorate is estimated as between 500 000 - 700 000).

As women and children are one of the largest vulnerable groups in the Syrian crisis, this project aims to support this sector of the population in the Al-Hasakah district, which has increased to 2 million since the war. A recent report of the UNHCR (United Nations High Commissioner for Refugees) states that the current conflict in Syria has caused the largest refugee displacement crisis of our time. Since March 2011, nearly half of the population has been displaced, comprising almost eight million people inside Syria and more than four million registered refugees who have fled to neighboring countries. More than half of those displaced are children. Many have fled to the Al-hassake region where food and staples in general have become difficult to obtain due to lack of production and high prices. Milk is not available for children and there is an acute shortage of bread.

This project supports women as a woman with a steady income is more likely to save their money and spend it on the health, education and safety of their families. In fact, according to the United Nations, for every $1 a woman earns in a developing country, 85 cents is invested into her family. In order to stimulate and support real and lasting growth, the social and economic empowerment of women is a priority. After women come children. In this region the women are the predominant caretakers of children. By empowering a woman, one empowers a family, and in turn, an entire community.

Food security is critical to this displaced population, with bread being one of the basic commodities in this society that is eaten with almost every meal. The bakery trains and supports women to not only source local ingredients, bake and sell breads, but to learn about co-operatives and manage business operations, and ultimately own their own bakery, which brings food security to the community and enriches the local economy.

Women trained to work in the bakery are equipped with invaluable and sustainable skills. These skills are a vital resource, providing an empowering security for their lives, health, education and employment. Simply put, the women learn both baking and business skills that no one can take away from them. Becoming a baker is like entering into a vocational training in:

Bread can provide life-changing nutrition in communities where food is scarce. The bakery gives women the opportunity to support themselves financially, bettering her family and her future. Bread - and bakeries - can create scalable change and growth in local economies where change is so desperately needed.

In Syria bread is eaten at every meal. There are many kinds of foods which Syrian typically eat with bread: humus, halawe, jam, joghurt and vegetable or meat stews to name but a few. Foods has become expensive and due to the war the variety of foods have decreased significantly. This food insecurity reflects a level of economic and social vulnerability where households experience anxiety about not having enough food to eat, and at more extreme levels, go without food. Creating community based bakeries answers hunger and individual food insecurity.  It enables women to improve their current quality of life and ability to support their often large families, while adding to food supplies for the community.

This project was made possible by Freistaat Bayern, Germany.