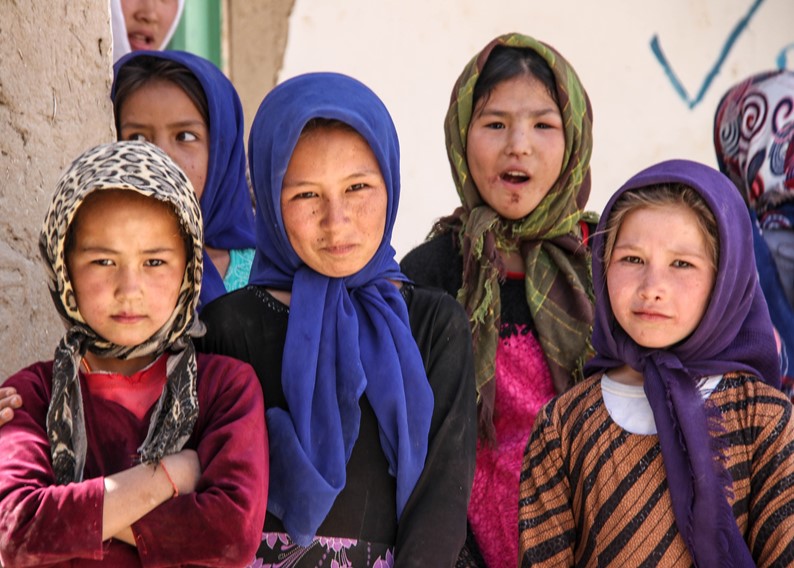 A Resource to Help Protect

The Taliban has been ‘waiting in the wings’ these last 20 years, ever since they were pushed out of power. Now it seems within a few weeks they will control the entire country. In a matter of days, the Taliban quickly gained control of Afghanistan’s second-and third-largest cities, giving it momentum and territorial strength. By Friday, only three towns remained under government control, and one was under siege. The United Nations warned of a looming humanitarian catastrophe as foreign diplomats and citizens alike flooded out of the country. Open Doors has ranked Afghanistan as the world’s second-worst persecutor of Christians for years. Even before the Taliban cemented control of the country, Taliban militants were targeting Christians. They immediately revealed they had a list of known Christian leaders of the underground house church movement. On the 12th of August they sent warnings to these church leaders saying that they know who they are and what they are doing.

Conversion from Islam to another religion is considered apostasy, punishable by death, imprisonment, or confiscation of property, according to the Sunni Islam Hanafi school of jurisprudence. According to international sources, Christians live in constant fear of exposure and are reluctant to reveal their religious identities to anyone. Christian groups report public sentiment, as expressed in social media and elsewhere, remain hostile towards converts and to Christian proselytization. They say individuals who convert or are studying Christianity report receiving threats, including death threats, even from family members.

The aim of this policy is to lead by example in increasing the efficiency by which we report and serve the Christian community currently at risk and being targeted for persecution by the Taliban in Afghanistan. We strive to increase preparedness to help protect these families and provide them with the covering needed to save their lives and provide aid and much needed assistance.

The Taliban continues to kill religious leaders and threaten them with death for preaching messages contrary to the Taliban’s interpretation of Islam or its political agenda. There are reports of the Taliban taking over schools in areas under their control and imposing their own curricula. Christian sources estimate there are dozens of underground Christian house church leaders in the country, who have now received death threats, along with the members of their families. With the Taliban about to take control of government offices, these Christians have an added concern. In 2019 they had to change their religious affiliation on the national identity cards to Christian. This data base has all their information including their family members and address. It is believed that this is how the Taliban is hunting them down.

According to Christians, members of their groups:

* continued to worship only in private to avoid societal discrimination and persecution.

* Christian representatives continue to report public opinion remains hostile toward converts to Christianity and to the idea of Christian proselytization.

* Christians continue to worship alone or in small congregations, sometimes 10 or fewer persons, in private homes due to fear of societal discrimination, persecution and death.

* They report pressure and threats, largely from family, to renounce Christianity and return to Islam or they will be killed.

* The dates, times, and locations of these services have to be frequently changed to avoid detection.

* There continues to be no public Christian churches.

This is a striking reminder of the massive human rights violations that took place during the brutal 1996– 2001 Taliban Regime during which:

* Women were denied employment and education

* Women were forbidden from leaving home without a male "guardian"

It will be hard to forget the images of Afghans mobbing outgoing aircraft, some clinging on to planes with their bare hands, in their desperation to leave their country following the Taliban’s takeover of Kabul. Children, women, and Christians in Afghanistan are in grave danger, experts fear, as the Taliban continues its takeover of the country. Territories and control are changing at frightening speed, schools are closed, food is scarce and forced displacement figures are soaring. Children and families are in hiding or fleeing and their fundamental rights are being denied. Sources on the ground report that almost a million – 900,000 people – have already been displaced in the last several months alone.

The women and the children are the most vulnerable. They (women) will be barred from education. They will be barred from moving out of their houses unless they have a male relative accompanying them. They will virtually be prisoners in their own homes. And if the stories that were repeated in the Pakistan press were true during the first Taliban regime, the Taliban men will enter a woman’s house and they will defile her.

According to The Conversation, Taliban leaders who took control of the provinces of Badakhshan and Takhar in July issued an order to local religious leaders to “provide them with a list of girls over the age of 15 and widows under the age of 45 for ‘marriage’ with Taliban fighters. It’s not yet known whether they’ve complied.” “And if any of the women are seen to be doing anything that the [Taliban’s] religious police consider unlawful, they will be taken out and beaten with a hundred lashes,” adds the researcher.

History has shown that the resilience and fortitude of the Afghan people is extraordinary. But it has its limits. They are now at their most vulnerable, especially the Christians still living in continued extreme persecution, and we cannot abandon them now. We need to stop this unprecedented humanitarian catastrophe.