In 2018 Shai Fund assisted 1,211 people with food, clothing, blankets, medical assistance, and a family friendly space with a children’s playground.

In 2018 Shai Fund assisted 1,211 people with food, clothing, blankets, medical assistance, and a family friendly space with a children’s playground. 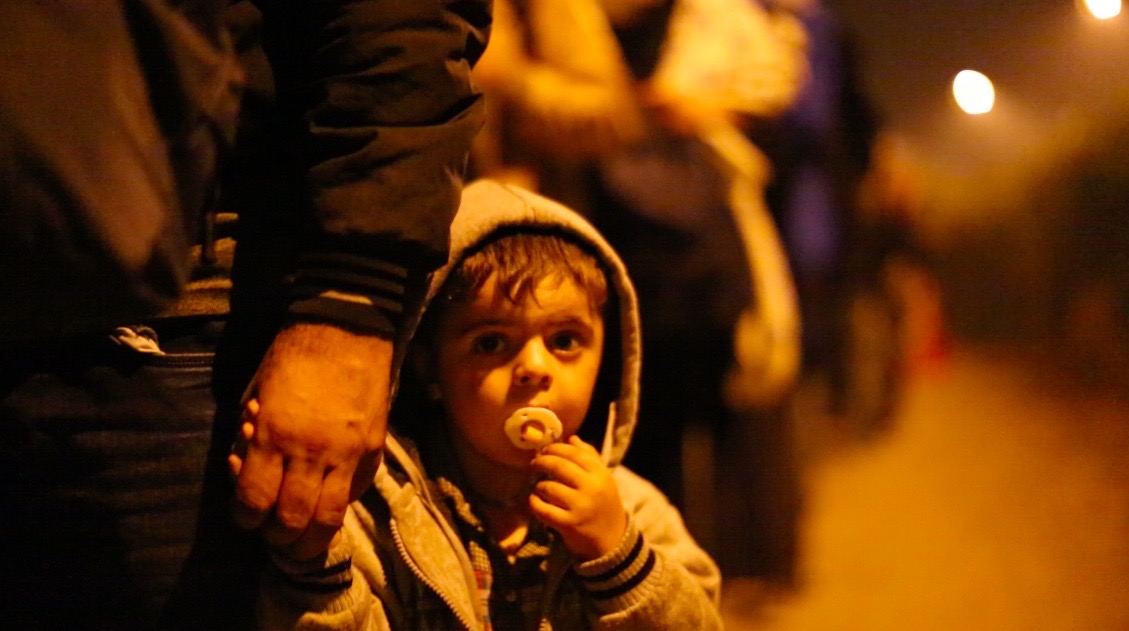 The Need: Many Christians – all of them former Muslims – feared a genocide as they saw radical Islamic groups on their way to the Syrian city of Afrin. What happened next was that local inhabitants; Kurds, and other religios minorities were subjected to human rights abuses and violations in north, northeast and northwest Syria.

In March 2018 there was a lot of information coming to the people of Afrin that when these ISIS and al Qaeda mercenaries  came in to the area that they would behead the Christian converts.  These radical jihadists got into the church, found pictures of some of the converts and started hunting them down door to door.

One of them said the following: "They say our situation is very dangerous and we don't know what to do because they found photos in the church building and he said they are searching for the believers now in Afrin.  So the man he is crying.  He don't know what to do so we need to really pray that God protect him."

Hedding says these radical Islamic groups often confront people, like one man who was asked to recite the Islamic creed. If someone can't recite the creed, he or she could face beheading.

Kamal Sido of the Society for Threatened Peoples says the West needs to help.  "USA have, Christians have to help Kurds in northern Syria, as in Turkey, Iraq and Iran.  It is very, very important to support Kurdish people in this situation.  To protect Kurds because we need Kurds as allies in the fighting against radical ideas in the Middle East."

Many have said that what is taking place in Afrin is ethnic cleansing on a massive scale.

The Solution: Shai Fund provided emergency medicines, paid for medical operations and provided food, water, blankets and shelter to those in need.

Orphan and Relief Aid: As many fled the Afrin area of Syria, Shai Fund was immediately sending in much needed urgent aid to the displaced families and a group of orphan children. As continued conflict occurs in this area and across Syria, Shai Fund continuously responds with food aid and non-food items such as clothing, hygiene items , medicines and supplies.

To date we have helped thousands of families with emergency family packages. Each package is enough for one family of 6 – 8 people for one month and typically includes:

Livelihoods and Vocational Training: Livelihoods and vocational training are key to sustainable food and job security for this displaced population. One such project is a bakery - as bread is one of the basic commodities in this society that is eaten with almost every meal.

Projects like our bakery in N.E. Syrian trains and supports women to not only source local ingredients, bake and sell breads, but to learn about co-operatives and manage business operations, and ultimately own their own bakery, which brings food security to the community and enriches the local economy.

It empowers women with lasting and transferable business, baking, and life skills and creates community access to food security through nutritious, affordable breads. (This project was made possible by a donation from Freistaat Bayern, Germany).

Shai Fund continues to support the people of north east Syria with emergency relief and ongoing advocacy to raise awareness about the situation. An alarming pattern of grave violations have been documented in this area such as kidnappings, unlawful transfers of people and displacement of local residents as well as seizures of land and personal property.

What Your Investment Will Do:
Give the gift of hope
Turkey occupies north east Syria
Back to Projects