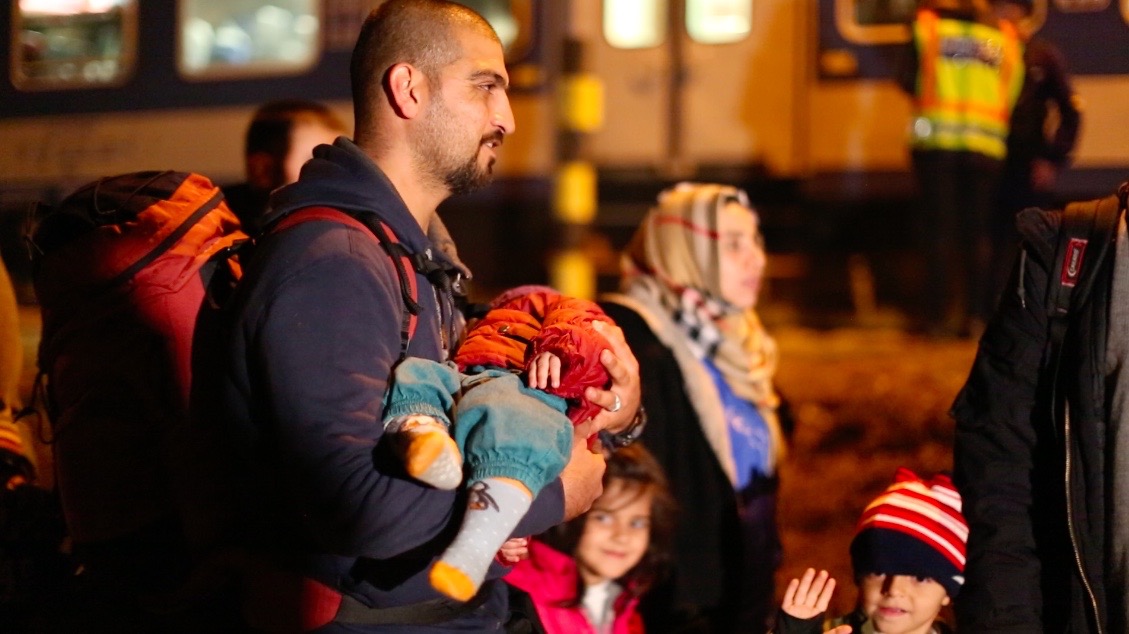 The Need: When the United States announced its intent to withdraw its forces from Afghanistan by August 31, 2021, it opened the door for the subsequent conquest of the country by Taliban forces in a matter of days. Immediately, Shai Fund sprang into action to evacuate those high-risk individuals whose lives would be in mortal danger should they remain in a Taliban controlled Afghanistan. Despite the threat of gunfire, suicide bombings, and the Taliban searching house-to-house, we have been able to successfully rescue and help hundreds of high-risk individuals from a death sentence at the hands of the Taliban by placing them in safe houses.

The Shai Fund team worked tirelessly to identify vulnerable individuals and families including Christians, women’s rights activists, US government affiliates, and even previous Afghan governmental officials. Working side by side with the Nazarene Fund, Shai Fund assisted in a massive extraction plan on the ground to rescue countless families from their homes. Despite shootings, suicide bombings and constant logistical changes, Shai Fund and our partners was able to rescue over 9000 high-risk individuals from almost certain death at the hands of Taliban.

Even before the Taliban cemented control of the country, Taliban militants were targeting Christians. They immediately revealed they had a list of known Christian leaders of the underground house church movement, when they sent warnings to these church leaders saying that they know who they are and what they are doing.

From reports of the Taliban executing members of the Afghan military to beheading interpreters the stories coming out of Afghanistan are terrible. Women activists are in hiding and are being hunted down by Taliban going from door to door looking for them and Christian converts. Meanwhile in seized provinces, Taliban leaders are demanding lists of girls to be forcibly married to their fighters.

As the local Christian community is comprised of almost entirely Christian converts from Islam, these Christians have long faced threats and harassment. The local Afghan Christian community church gathers in homes and online for fellowship and teaching.  Afghanistan has been listed as the second most persecuted country to live in as a Christian by the World Watch List. This is mainly due the fact that they can’t live openly as Christians as leaving Islam is considered shameful and these Christians face dire consequences if their faith is discovered. Many must flee the country, or they will be killed.

With the Taliban about to take control of government offices these Christians have an added concern. In 2019 they had to change their religious affiliation on the national identity cards to Christian. This database has all their information including their family members and address and it is believed that this is how the Taliban can hunt them down.

The Taliban have wasted no time threatening Kabul residents and women. The situation for women wanting education and other women's rights activists is of particular concern.

Taliban leaders started to ask for lists of girls over the age of 15 and widows under the age of 45 to be forcibly married to their fighters.

This is a striking reminder of the massive human rights violations that took place during the brutal 1996–2001 Taliban regime during which:
** Women were denied employment and education
** Women were forbidden from leaving home without a male "guardian"
** Women and girls were further denied access to education and had limited access to healthcare
** Many women and girls were forced into sexual slavery
** “The “Department for the Preservation of Virtue and Prevention of Vice” would beat Afghan women if their faces were visible, if their ankles were visible, if their socks were white, if they made noise as they walked, if they spoke to men, if they traveled without a male guardian, if they worked, if they studied. In short -- if they lived at all.”  (Lina AbiRafeh, activist).

The Solution: Shai Fund is now working tirelessly with people on the ground to:
• Assist with funds to evacuate most at risk Afghani women, girls and Christian converts
• Open up possibilities to resettle them temporarily in host countries before finding longer-term solutions.
• Assisting those still in country with practical support.

Shai Fund’s work in Afghanistan is ongoing and will continue to support the most vulnerable in Afghanistan. Thank you for your generosity and for partnering with us to rescue the oppressed and save lives.

Shai Fund’s work in Afghanistan is ongoing and will continue to support the most vulnerable in Afghanistan. Thank you for your generosity and for partnering with us to rescue the oppressed and save lives.