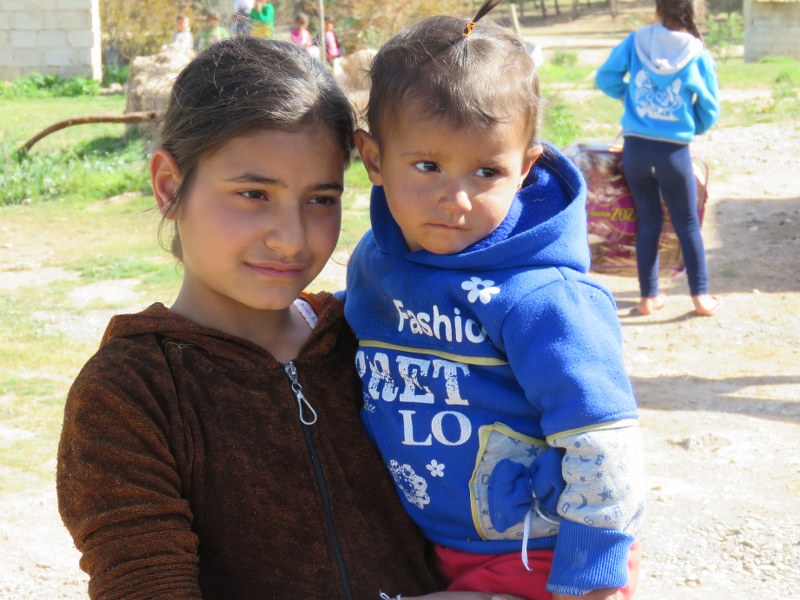 JERUSALEM, Israel – Many Christians – all of them former Muslims – feared a genocide as they saw radical Islamic groups on their way to the Syrian city of Afrin. CBN News Middle East Bureau Chief Chris Mitchell talked with one humanitarian aid worker who helped these Christians find a safe haven.

Charmaine Hedding, founder of the Shai Fund - an organization providing humanitarian relief to the persecuted church in the Middle East - kept in touch in touch with many of these Christians.  What she learned was alarming.

"A lot of information was coming to them that when these different people who came in who support this radical Islamic ideology that we have seen with ISIS and al Qaeda that they would behead the Christians and they would kill them.  And because many of these Christians were originally Muslim background believers they were particularly going to be targeted," Hedding said.

At one church service, Christians cried out to God for deliverance as Turkish and Islamic forces drove toward Afrin.

CBN News has also learned of an added danger. Some jihadists got into the church, found pictures of some believers, photocopied the pictures and distributed them and now are hunting them down door to door.

This is a plea for some of the Christians still trying to escape:

Hedding says these radical Islamic groups often confront people, like one man who was asked to recite the Islamic creed. If someone can't recite the creed, he or she could face beheading.

Hedding says most of the Christian families have found safe haven, but says the Church in the West needs to pray for its fellow believers in distress.

Kamal Sido of the Society for Threatened Peoples says the West needs to help.  "USA have, Christians have to help Kurds in northern Syria, as in Turkey, Iraq and Iran.  It is very, very important to support Kurdish people in this situation.  To protect Kurds because we need Kurds as allies in the fighting against radical ideas in the Middle East."

Hedding says what is taking place in Afrin is ethnic cleansing on a massive scale.

"We know from statements from what they have made that they want to get rid of the people in this area and bring in other people from Syria that have got nothing to do with this area and don’t have any connection to this part of the country so it’s a population displacement and moving in other groups," she said.

Following the battle over Afrin, many Middle East observers feel Turkey and these Islamic groups will continue to expand and try to conquer more territory.