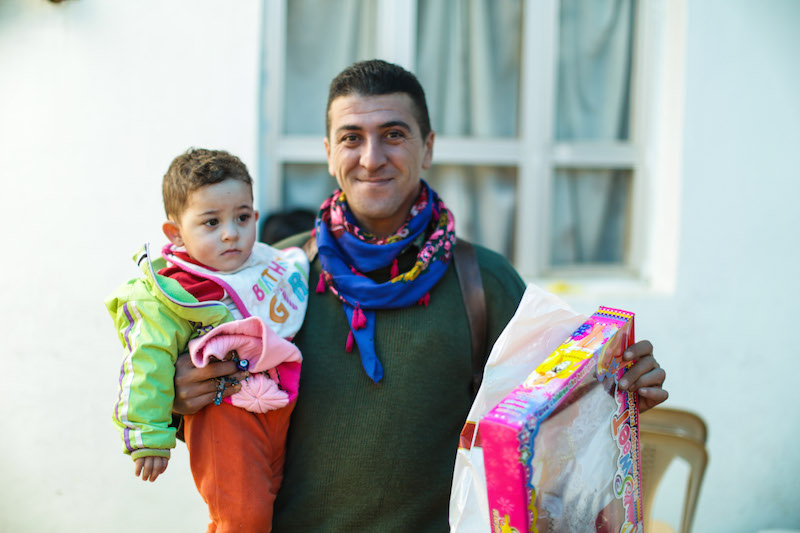 in Desperate Need of Help

As the Syrian crisis enters into its fifth consecutive year the human, social, cultural and economical toll has affected millions of citizens.  Al-Hassakah city is a multi-ethnic and multi-religious city, which is the capitol of the government of the Jazeera (aramaic: Gozarto) region in North East of Syria. The Jazeera /Gozarto region is one of 3 cantons of the Democratic Self-Administration, which was established as a model of inclusive, democratic governance by Syriac Christians, Kurds, Arabs, Turkmen and Armenians in 2013. The European Parliament (with overwhelming majority) encouraged the UN, EU Member States and all allies against ISIS explicitly to co-operate with the Self-Administration in Syria.

Beside Kurds and Arabs, many of the Syriac Christians, who live in Al-Hassakah region, suffer targeted continuing violence.

Since the Syrian crisis vulnerable groups including religious minorities like the Christians and Yezidis, have faced killings, abductions, destruction of holy and historical monuments and have fled Syria. As families fled the conflict and their homes, they were unable to take their belongings or tools of their livelihoods. Many left behind businesses and land as they fled with little more than what they could carry. The Al-Hasakah province, as with other cities impacted by the war in Syria, are receiving thousands of IDPs. The war and disruption to business has created a lack of  food security with daily resources, such as bread and milk, not only becoming increasingly scarce but a general rise in food prices.  In addition displaced persons from other regions of Syria and a large number of the local population from countryside, are now considered IDPs as they have moved to the safety of cities, towns and villages in the northern areas of the governorate (number of IDPs in the governorate is estimated as between 500,000 - 700,000).

Shai Fund assisted 345 families with baby milk, diapers and school going children with winter boots, school bags and winter jackets. And gave some Christmas cheer to families in the region.